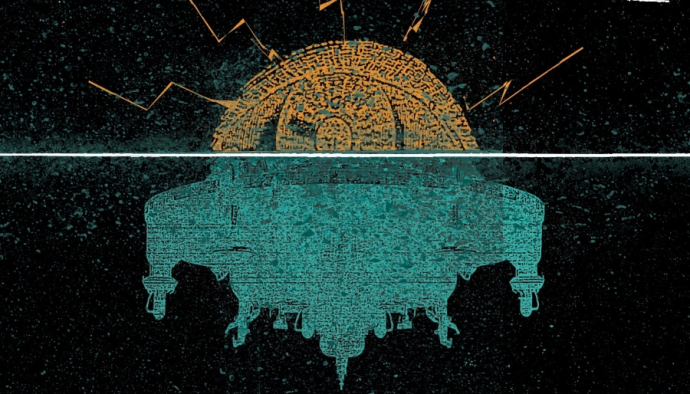 This piece is community funded. If you enjoyed this article, please support my writing by visiting my Patreon and becoming a patron.

You should first know two things about China Miéville’s Embassytown. One: it has a pullquote on the front cover from Ursula K. Le Guin branding it as “a fully achieved work of art”. Two: the back cover summary so confused me that I fled to the nearest young adult fiction, which happened at the time to be Railsea, as I was cornered by a small army of Miévilles as if in ultimatum.

Keep those in mind when I say, to talk about the structure of Embassytown is to juggle sand. It’s a wonderful, fascinating, elusive beast, in part because of a thematic richness to which I can’t do justice here, and in part because of its structural metacommentary on left-wing politics in colonial states, to which I can. It’s mainly elusive because of what the end of Embassytown says about the start of Embassytown. And since this is a book interested in describing the breach of a world-shattering status quo change, it’s elusive because in the fuzzy emotional space of newfound self-awareness, my mind four hundred pages ago is estranged to my mind now.

This dualism is a pivotal result of it as anti-imperialist fiction from a lefty Brit. Miéville is famous for his strange imagination and fearlessness in accommodating the reader, or not accommodating the reader, as it happens, to the weird shape of his worlds. So naturally, reading Embassytown initially feels like being the confidant of a secret told in a vaguely familiar language. It takes some time and effort to figure things out and correct assumptions as your perspective adjusts to incorporate new material. But to be welcomed and trusted in is a compelling thing, and it gives us momentum to finally arrive at the epiphany preceding revolt.

The story focuses on a turning point in the history of the titular city, a colonial outpost on a faraway planet inhabited by unfathomable aliens, as told from the perspective of a ‘native’ human. These aliens, the Arieki, speak a language called Language, capital-L, with two mouths. Plenty of aliens speak with two mouths, though; that’s not what’s odd about them. Rather, Arieki psychology developed so that thought and Language are inseparable, and Language developed so that a single idea has to be communicated in duality to be intelligible.

Never mind the how of it, just know that Language works like Direct Reference Theory dressed up to the nines. An expression in Language is entirely dependent in its meaning on what it points to in the world, and that referent needs to definitely exist for anything to have been said, so there’s no ambiguity or discernment over what a speaker could possibly be thinking and referencing.

Which as a writer sounds almost pleasant.

It does mean, however, that Arieki can’t lie, since that would require thinking one thing while thinking/saying another. The farthest they can advance towards symbolism is to apply a simile to a situation, but even then that simile first needs to be a manufactured event in order for it to be a point of worldly reference.

For the reader and many of our characters, Language is a curio. Its syntactic and semantic aspects inform the narrative rules of this sci-fi world, just as magic or technology do in other stories. There are many small running questions about how the cant reflects sentience, identity and thought (or if you’d like, epistemology), nourished by our main character Avice’s fascination inherited though her prick linguist husband. These themes are handled regularly with the deadpan aplomb of someone who knows he can thread along an impossible idea—a symbolic literalism—without once losing track of where he’s going. Some are infuriated by Miéville’s audacity in inventing Language without affording us a total written lineage or semiotic glossary, as if this were a travel guide for a planet they’d hoped to summer.

However, the nature of Language and its use as a plot device aren’t remotely the Point. It’s not quite misdirection but for all the weight it’s given in pages, the linguistic intrigue of Language is a mask for the politics of media.

But to talk about this, we need to look at how Language impacts Embassytown and Areikean societies.

In Embassytown, Language is exclusively spoken by Ambassadors, cloned pairs of humans who go to great efforts to suppress their individualities and so, on impression, speak one mind with two mouths. Ambassadors enjoy a monopoly on human-spoken Language and govern the city through its trade lifelines. The power-hungry of these are a natural analogue to your Dennis O’Briens and Rupert Murdochs, media moguls who broadcast the indispensability of their position to secure their own wealth and dominance, a comparison Miéville encourages through a bureaucratic relationship between this committee and shadow figures in the Areiki government.

For the Arieki, before the humans came they didn’t speak so much of certain things. Trousers, for example—they hadn’t a word for trousers, with not the right type of legs themselves for such a novelty garment. For this they needed to invent a new word, which meant they needed a new idea in order to describe a pair of pants in a sensible way for Ariekean contexts, a new frame of mind within which the sound of ‘trou’ together with ‘sers’ can indicate this thing humans do to their legs. Every weird and fascinating aspect of Embassytown culture is, to them, a tiny voyage of discovery. 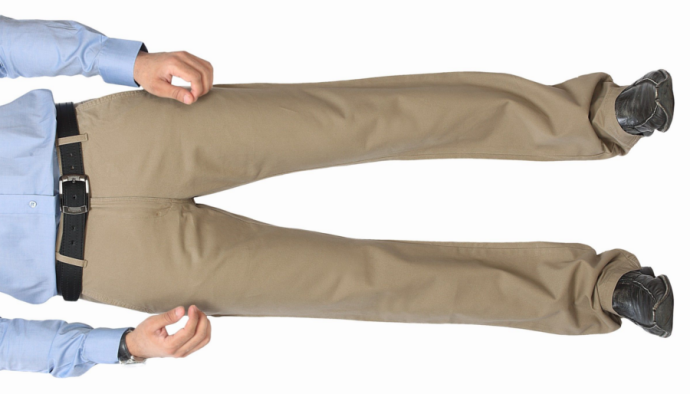 But also, with human interaction is introduced a new epistemological concept: the phenomenon of abstraction. As a very literal species, Arieki struggle with self-reference. Capital-L Language is named in the definitive because, implicitly, prior to human involvement Akieki hadn’t needed to confront it with its own identifier: as the only tongue in existence on the planet, it was simply ‘the language’. Given it was synonymous with thought, when humans arrived and first began speaking Language, it revealed that other modes of thinking could exist like dialects. A new prospective sentience dawned, and at its forefront were the Areiki pioneers that were its liars—a faction seeking to wedge apart the monad of thought and speech by rousing the potential for cognitive symbolism in Language.

In framing his grassroots revolutionaries as “liars”, and later, an army of Language-mute Arieki as “Absurd”, Miéville couches in nomenclature how the use of media as a mode of communication is intricately tied to a shared communal worldview. In interviews surrounding the book, he admits the rules of Language are contrived to distance it as an alien mindset, but the social application of Language makes for a deceptively grounded metaphor. While it’s used in a radically different sense in either society—in Embassytown it marks the elite; for Arieki it’s attributed en mass—both relate the social politic that the power and danger of media reside in inspiring change. Media which represses self-awareness contributes to cultural stagnation and benefits the oligarchy, not the people.

In other words, a worldview issued through privately-controlled media prospers through invisibility. To speak against this worldview is to speak of falsehoods: nothing exists beyond what is described and known within a canon, and in Embassytown, this canon is overseen by the few Arieki officials who meet and conspire with the Ambassadors. In choosing what human ideas are permitted entry in Arieki Language they regulate how thoughts are articulated within the community, consigning rowdy ideas to obscurity through neglect. It would be as if a country’s national media broadcaster reserved a closed debate for its favoured parties in an upcoming election.

By this the liars are normatively de-romanticized and defanged—entertained as owls and pussycats in a pea green boat, or scorned as blasphemers. Or at least, they would be. As generations passed and human interaction became more ubiquitous, the germ of abstraction bled past high society and into the working classes. It surfaces as dull, practicable phrases on the un-redness of something red, rather than specific ideologies on a more just way to run society, to show how generalized states which contravene the status quo implicitly shake it. When the prodigious liar Surl-Tesh Echer takes the podium and declares, “Before the humans came we didn’t speak”, it’s the implication of an alternative to the norm, something legitimately utterable, thinkable, that outrages his contemporaries.

Whereupon he is assassinated. On witnessing this, Avice, our narrator, realises both the system’s corruption and the power of Language as a module for Arieki self-discovery—why else would the ruling class fear it?—marking a turning point in her previous natively colonialist worldview. At this moment in her mind the narrative of Embassytown, the place, is split into two eras of pre- and post-assassination, “Formerly” and “Latterday” as she cutely calls them, describing her former naivety through the lens of someone who now knows she should know better.

In Avice, Miéville closes the circle of self-awareness for this text. Like those aliens subject to Language, each character, each activist and scholarly combatant we meet is a swimmer in a pitch-black sea, desperate to understand but plagued by uncertainty in direction. Avice’s narration is past-tense but it is honest to what she perceived at the time, from the perspective of a wandering, ebbing colonialist. We’re spared from fully living out the pains of her idiocy in the days of Formerly by a repeated interchanging of the chapters’ timelines between Formerly and Latterday; for us as well as her, the second informs the first. As we see her mind turn we learn her fundamental unreliability as a narrator, this colonialist who can relate to an indigenous people but will never think or live as one, consumed by the fraying edges of an ideology with which she was raised. Miéville’s own status is baked into this narrative structure.

As a struggle to accommodate a newfound self-awareness, Avice’s inarticulable disenchantment mirrors the Arieki liars’ pursuit for a Languaged way to birth the social unease they yearn to frame.

But Embassytown takes care not to supersede a colonialist narrative over indigenous revolution. When imperialist intervention transmutes Language into a religious drug and Embassytown responds by inducing ontological brainwashing over the native people, Avice’s role in the subsequent Arieki revolution is that of witness and instrument, not saviour. She acts merely as a catalyst to the liars’ instigation of a tumultuous cultural sea-change, freeing Arieki minds from the burden of a corrupted, corruptive Language. This cultural revolution is backed, of course, by the weight of an army of tens of thousands of Arieki united against their subversion through their trusted media. Its heroes are the unnamed souls who, trapped within the old ideology of the status quo, still found a way to rebel.

This piece is community funded. If you enjoyed this article, please support my writing by visiting my Patreon and becoming a patron.